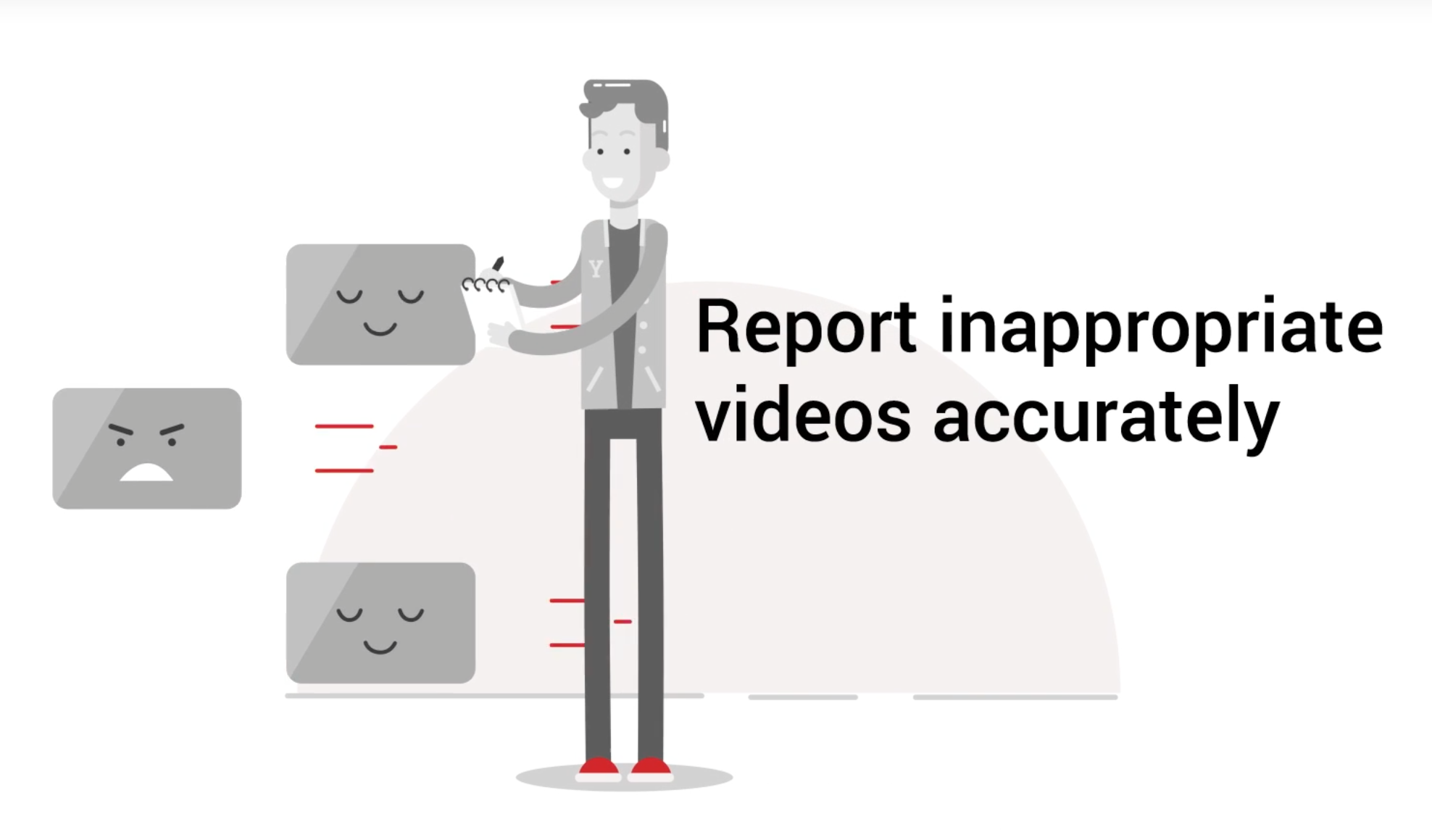 Recently, a load of brand-worshiping vloggers started to weep over a newly implemented YouTube bot, that de-monetises anything that is ‘inappropriate’. It was hard to tell if they were upset about the Orwellian nature of the bot, or that they might have to revert to showing us coffees they picked up from a branch of Starbucks, instead of the over-priced hipster place that serves flat whites in flower pots. Even YouTube’s golden goose, The Mecha-Neistat with Halo Eyes commented on it:

It seems this week that my conspiracy theory about YouTube all along has finally been verified. Youtube gains it’s powers, and seemingly unlimited amount of video storage space, from the tears of crying self-important vloggers! FACT. What 100% verified this totally true truth? …YouTube Heroes!

That’s right kiddos, you can be a hero! Do you have to rescue someone from a burning building? Give a French Bulldog the kiss of life? Track down a serial killer at great personal risk? No…all you have to do, is snitch on your community! It’s simple, and you get ‘special powers’ when you reach level 3!

French social theorist Michel Foucault, in his book ‘Discipline and Punish’, wrote of a horrible potential future form of social control that he dubbed ‘The Panopticon’.  A simile of Jeremy Bentham’s industrialist prison concept, the Foucault’s Panopticon described a prison with glass walls, and a central pillar where guards can monitor them at all times. What interested Foucault was that when prisoners were out in the open, they began to self-regulate, creating modes of power within the internal society of the prison. The prisoners themselves became the watchers, and the reporters of crime. Those that snitched the most, would receive special attention, and leniency from the guards. Sound familiar? It does to me.

What’s interesting to me is the shock from the users of the service. It’s like they naively stumbled across a golden rainbow that forever provided them with a free platform to publish their 1000s of gigabytes worth of unboxing videos. No, YouTube are part of a mega corporation that also happens to be the world’s largest advertising platform, Google. Of course this was coming!

The golden days of the Internet are over. The Well is dry, and nowhere is safe for you. So either tow the line, or prepare to make no money for your content! That is all…